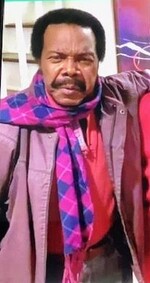 Alvin L. Newton, 75, of Greenburgh NY, died on Friday, December 18th at Phelps Memorial Hospital in Tarrytown, NY. He was born to the late Willie Newton and Annie Watkins in Clarksville, Virginia on May 22, 1945.
Alvin attended school in Virginia. He was a dedicated hard worker. He worked for a messenger service in Port Chester, NY for a number of years; as well as Union Carbide in Tarrytown, NY for 30 plus years where he retired in the 1980’s.
He was known as a sociable man in the Greenburgh community, wearing his matching cowboy boots and hats. Alvin was a very knowledgeable person and would give you his opinion whether you “liked it or not”.
He was called by many of his family members “Piney”.
Alvin is survived by two sisters; Beatrice Newton, and Doris Thomas (Leon) of Greenburgh, NY, one brother; George Newton (Gertrude) of Clarksville, Virginia; two sister-in-law’s, Lucy Newton of Clarksville, Virginia, and Francis Newton of Peekskill, NY, also three special nephew’s; Curtis and Clifton Newton of Greenburgh, NY and Will Newton of Elmsford, NY. A special friend, Bill Good and a host of other nieces, nephews, cousins and friends.