To share your memory on the wall of Andrew Lacativa, sign in using one of the following options:

Provide comfort for the family of Andrew Lacativa with a meaningful gesture of sympathy.

Andrew will be sorely missed by the countless people who were affected by his gentle and loving nature. In his short and storied life, his presence was large and treasured. He had an astounding ability to touch the lives of everyone he met, no matter how brief their interaction was. Regardless of what anybody was going through, he could put a smile on his or her face, and brighten up their day. Even though Andrew was a tough Marine, his soul was too gentle for this world. He felt more for others than himself. He will be forever remembered by all he came in contact with.

In lieu of flowers the family requests donations be made in Andrew's name to Paws 4 People. paws4people.org
Read Less

We encourage you to share your most beloved memories of Andrew here, so that the family and other loved ones can always see it. You can upload cherished photographs, or share your favorite stories, and can even comment on those shared by others.

Posted Jun 27, 2019 at 03:50pm
Please accept my most sincere sympathy for the death of your loved one. During this sorrowful time in your lives, we can find comfort in the word of God because it assures us that "there is going to be a resurrection" (Acts 24:15). God promises to give life back to millions of people who have died, and he desires to do so very soon.

A servant of God from the past, Job, asked him: “If a man dies, can he live again? I will wait all the days of my compulsory service (sleep in death) until my relief comes. You (Jehovah) will call, and I (Job) will answer you. You will long for the work of your hands” (Job 14:14, 15). God is longing to give life back to those who have died.

Perhaps these words do not calm your pain but reflecting on the divine promises found in the Bible will give you the hope and strength to keep going until all of God’s promises are fulfilled. May these words bring you and your family much comfort from Jehovah God, the God of all comfort (2 Corinthians 1: 3, 4.)
Comment Share
Share via:
AG

Posted Apr 29, 2019 at 10:39am
I am shocked to know that Andrew is no longer with us. He was my student last semester, for a couple of months. We had chats and shared conversations about our life after each class. He was a sweetheart and I am so heartbroken. My thoughts are with his family. Ciao, Andrew. Rest in peace.
Comment Share
Share via:

Posted Apr 13, 2019 at 09:49am
I am heartbroken to hear of this news. Andrew was nearly part of our family when he lived in Wilmington, NC. He helped Kelsey babysit our three kids and helped with errands and chores around our house. We have fond memories of his warm, loving personality and his Italian cooking. Kelsey we are thinking of you. And to Andrew's family, we haven't met you, but thank you for sharing your kind son with us for those years.
Comment Share
Share via:
SF

Posted Apr 11, 2019 at 01:19pm
Semper Fi Marine and condolences to all of your family and friends. Fair winds and following seas, you have the Watch until we get there to relieve you. 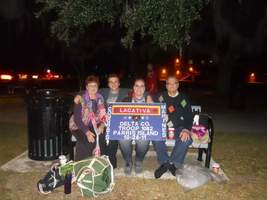 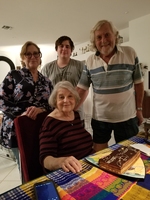 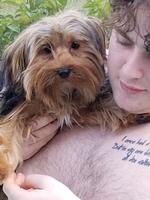