To share your memory on the wall of Bernice Hall, sign in using one of the following options:

Provide comfort for the family of Bernice Hall with a meaningful gesture of sympathy.

Print
Bernice Hall, a lifelong resident of New York, entered into eternal rest on Sunday, October 27, 2019. Bernice, the oldest daughter of the late Austin and Rosa Lee James, was born on January 14, 1949 in White Plains, NY.

Bernice married her loving husband, David Hall Sr. on September 13, 1969. They moved to Mount Vernon shortly after and began their family. They shared 50 years of marriage and raised their three wonderful children, Tracey, David, and Tamisha.

Bernice was educated in the White Plains Public School System. She was employed as a Packer at Saks Fifth Avenue in 1980. After retiring, she began working in childcare at the Early Learning Daycare Center. Bernice particularly enjoyed working with children. Throughout her life, she helped to guide and support many children in her neighborhood, family, and church. In her later years, Bernice finally enjoyed her retirement, spending her days reading, cooking, watching her favorite tv shows or traveling with her family.

Bernice joined the Greater Eternal Light Church in 1989, was baptized and received the gift of the Holy Ghost. She was a prayer warrior, and through her prayers and faith in God she led many of her family members and friends to Christ. Bernice was a loyal, faithful Missionary at GELC and was known to reach out to various members to offer encouraging words and prayers.

Bernice is predeceased by both her parents and her sisters, Esther and Rosemary James.

We encourage you to share your most beloved memories of Bernice here, so that the family and other loved ones can always see it. You can upload cherished photographs, or share your favorite stories, and can even comment on those shared by others.

Posted Nov 09, 2019 at 01:43pm
To David & Family:
We were saddened to hear about the passing of your wife. Our thoughts and prayers are with you. Earth has no sorrow that heaven can’t heal.
Our deepest sympathy
Charles & Parralee Perry

Posted Nov 05, 2019 at 04:24pm
We are thinking of you during this difficult time. From your CFPB / Midwest Union family

Posted Nov 05, 2019 at 03:39pm
Please accept our most heartfelt sympathies for your lossour thoughts are with you and your family during this difficult time.

Flowers were purchased for the family of Bernice Hall. Send Flowers

Posted Nov 03, 2019 at 11:49am
Our condolences to all of your families. We pray that God keeps and comforts each of you during your time of bereavement and beyond. May God bless each of you as you celebrate the life and home going of Mrs. Bernice Hall.
~Mark, Tysha, Tionna, MJ, and Myles Tolefree
Comment Share
Share via: 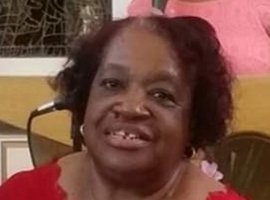