To share your memory on the wall of Emanuel Cohen, sign in using one of the following options:

Manny served with the 88th Division Signal Company of the United States Army during WW2 as a radio operator. After his honorable discharge, Manny utilized his military training to repair televisions, radios and anything electronic as the owner of a radio & TV repair shop. He was a well known and respected Ham Radio operator who had served for years as President of the Westchester Repeater Association in Yonkers. His call letters were K2ILF. Manny also volunteered with the New York State Disaster Preparedness Commission. He was an accomplished Vocational Teacher at Samuel Gompers High School in the Bronx (of which he was an alumnus) teaching both HS and Adult Education. Upon retirement, he then worked a subsequent career with Comlab in Elmsford, NY repairing computers. He kept up with the rapid changing technologies even into his nineties.

Aside from the smell of cherry pipe tobacco, some elements which may come to mind from people that knew Manny are his smile, friendly demeanor, cooking, handy man, love of music and chess. He was considered a second father to the people he welcomed into his home over the years. He was a frugal spender, aware of the value of money and work. He was mentally strong & determined and kept his sense of humor to the end.

Manny will be missed but his memory will live on within the many people he came to know along the way.

In lieu of flowers, please send donations to a cancer organization of your choice or plant a tree in his name.

We encourage you to share your most beloved memories of Emanuel here, so that the family and other loved ones can always see it. You can upload cherished photographs, or share your favorite stories, and can even comment on those shared by others.

Posted Nov 04, 2019 at 11:08pm
My deepest condolences on hearing from Marina about the passing of Manny. I remember his warm and gracious hospitality when ever I visited his home in years past. As with many I deeply appreciated his expertise with answering my questions and pointing a way to the light when ever I had a computer problem and sought his help. Now he has transitioned from this land of darkness to one of eternal light.

Peace & Blessings always to his family and many friends

A friend of your daughter, Jasmina DeRenzi

A friend of your daughter, Jasmina DeRenzi purchased flowers and planted a memorial tree for the family of Emanuel Cohen.

Posted Nov 03, 2019 at 10:53pm
Please accept our most heartfelt sympathies for your loss.. Our thoughts are with you and your family during this difficult time. We will miss him so

Flowers were purchased and a memorial tree planted for the family of Emanuel Cohen.

Posted Nov 03, 2019 at 07:18pm
Manny opened his home to me when I first came to the USA in June of 1974. The Cohen family became my family, because that was what Manny and Blanche did with anyone who needed a home. Manny embraced immigrants because he understood that is what makes the USA such a rich and strong country. Everyone who met Manny loved him.
He was generous to a fault. I will never forget the time I crashed his beloved Karman Ghia. He was furious, but spent the following week fixing an old VW station wagon for me to get to work. He was a great cook and while I lived there, we shared the cooking. I will forever remember him as a dear friend and a father figure here in the USA.
Comment Share
Share via:
HY

Posted Nov 03, 2019 at 07:10pm
Manny was a kind, patient and wonderful man. We were privileged to share some good times, and his children are blessed with many of his best qualities. He is smiling down on us still. R.I.P., dear Manny.
Comment Share
Share via: 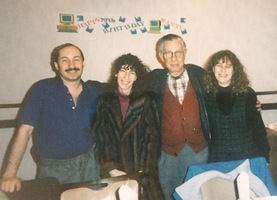 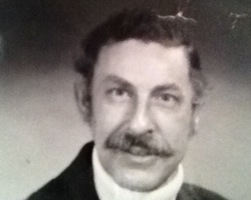 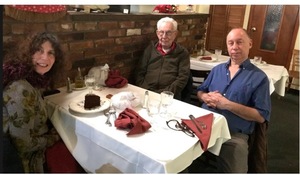