To share your memory on the wall of Francisco Almendral, sign in using one of the following options:

Provide comfort for the family of Francisco Almendral with a meaningful gesture of sympathy.

We encourage you to share your most beloved memories of Francisco here, so that the family and other loved ones can always see it. You can upload cherished photographs, or share your favorite stories, and can even comment on those shared by others.

Posted Dec 20, 2019 at 07:10pm
Thinking of your family and wishing moments of peace and comfort. So sorry for your loss. With deepest sympathy from the ALAMON FAMILY.

Posted Dec 20, 2019 at 05:32pm
Tito Frankie had that winning Almendral smile, that my Father had. He had a good sense of humor. Family always meant a lot to him. We miss him dearly. Love Sonya Almendral, Dee Michael ,Jonathan and Michelle Cruz
Comment Share
Share via:
AA

Posted Dec 20, 2019 at 04:11pm
On of my fondest memories of my Lolo Frankie is the summer i spent with him and Lola and my Dad. it was my first trip without my mom so i was nervous. Lolo must have watched my favorite movie with me a million times that summer. My favorite movie was the first harry potter movie. I love you Lolo Frankie and I will always remember you and our memories together. Your granddaughters will all carry your love, memories and spirit with us. Posted Dec 20, 2019 at 03:11pm
My Dad was the most generous person I know. He took very good care of his family (immediate and extended) without expecting anything in return. He was patient, kind and slow to anger. His famous words were: "no problem", and he lived his life as such.

I love you Dad and I will miss seeing you, hugging you, and talking with you. I will pass on your words of wisdom to your granddaughter Lauren. You will forever be in our hearts.
Comment Share
Share via:
LJ

Posted Dec 20, 2019 at 10:49am
Please accept our most heartfelt condolences on your loved ones passing. His everlasting love will always be felt. 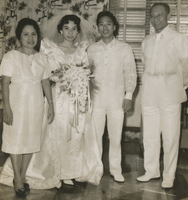 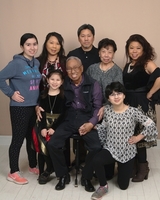 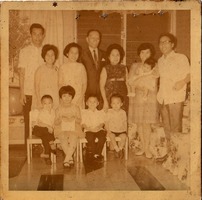 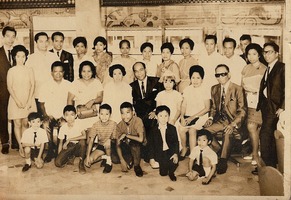