To share your memory on the wall of Imelda Tangonan, sign in using one of the following options:

Provide comfort for the family of Imelda Tangonan with a meaningful gesture of sympathy.

Imelda cited that her dream to come to America was her aunt’s influence. An early memory of hers was the Dove soap her aunt would bring for her from the U.S. She would wrap her clothes around the soap, so they could “smell like America”. At the time there was a huge demand for nurses in the U.S. so her aunt told her to become a nurse if she wanted to come to America. Thus, her resolve to become a nurse was set in stone.

Imelda graduated in 1987 with a Bachelor’s in Science in Nursing from one of the most prestigious schools in the Philippines, the University of Santo Tomas. During her college days she met the love of her life, Pedro Tangonan Jr. An unbreakable bond began to form that would be tested and strengthened every day. They were slated to become one of those rare couples that would be happy together for the rest of their days.

Imelda started her nursing career at one of the top hospitals in the Philippines, the Philippine Heart Center. Soon after, she accepted a job offer from Blythedale Children’s Hospital in Valhalla, NY. She worked at Blythedale for 30 years, and she will be remembered fondly by her Blythedale family as an exceedingly compassionate and joyful nurse who fiercely advocated for her patients and positively influenced the lives of those around her and the ones she cared for.

Working at Blythedale changed her and Pedro’s lives, and fulfilled her lifelong dream of moving to the US. Prior to leaving, Imelda and Pedro had a civil union, on October 5th, 1989. She later returned to the Philippines for their church wedding on October 10th, 1991, and a few months later Pedro dropped his career goals and his life in the Philippines to join his wife in New York.

Imelda and Pedro worked very hard together for a better life for them and their children, Neal Tangonan and Satchel Tangonan. They went from having very few belongings and sleeping on a mattress on the floor in an apartment to living in the house of their dreams and filling their house with countless precious memories. Despite all of their hardships, they built a loving home filled with laughter, love, and happiness.

Imelda had one of the rarest and most beautiful of souls. She’s touched so many and left a deep, lasting impression on all of them. She loved to laugh, to smile, and to make any time spent together worthwhile. She loved to love and be loved. She was strong, yet gentle. She was kind, caring, and selfless. She will be missed sorely everyday, but the memories and the lessons she taught will always be carried by all of us.

If you have any favorite memories, stories, etc that you would like to share with the family please don’t hesitate to reach out to them. Below are their email addresses:

Receive notifications about information and event scheduling for Imelda

We encourage you to share your most beloved memories of Imelda here, so that the family and other loved ones can always see it. You can upload cherished photographs, or share your favorite stories, and can even comment on those shared by others.

Love your colleagues on the LTC unit

Posted Apr 30, 2020 at 12:02pm
Imelda- your kindness, laughter and warm spirit will always be remembered. We will miss you, and will keep your family in our thoughts and prayers.

Posted Apr 29, 2020 at 01:00pm
Can't stop thinking about you. Your memories will live and stay with us for a lifetime. I can't wait to share the endless stories of you when Lana & Vivi are older. Rest ever so peacefully, Tita Melds. I hear your voice, our laughs we have shared together for a lifetime.
Comment Share
Share via:
JD

Posted Apr 28, 2020 at 10:26am
Imelda was a wonderful nurse and co worker, always sharing her knowledge and love. She will be truly missed by all. My deepest sympathy.

Posted Apr 27, 2020 at 06:32pm
Imelda I'm going to miss you dearly I'm going to miss working with you I'm going to miss taking our break together and eating our peanut butter and bread and talking about our children, thank you so much for comforting me last year when I lost my mom and gave me so much encouraging words, thank you for the lovely plants that you gave to me I will love and cherish them and keep your memories alive, praying for your family to find the strength in this difficult time. May your soul rest eternally, love you!!!
Comment Share
Share via:
TB

Posted Apr 27, 2020 at 06:19pm
Satchel and family,
May the life, love and memories of your dear mom comfort you, and thoughts and prayers of family, friends and coworkers give you hope.
Tina & Dave Bilesky
Comment Share
Share via: 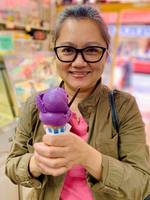 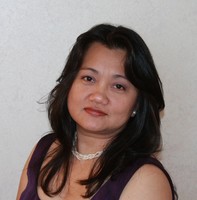 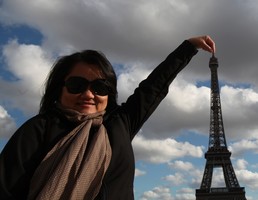 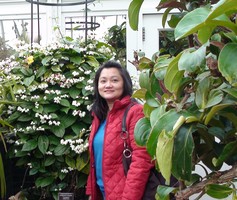