To share your memory on the wall of James Barrego, sign in using one of the following options:

Provide comfort for the family of James Barrego with a meaningful gesture of sympathy.

Jim served his country in the United States Army from 1970 to 1972. He was a devout parishioner of St. Anthony’s Parish in Silver Lake where he assisted with the Sunday offering. Jim was also a devout New York Yankee fan who lived for the spring opener and could recite the batting averages of his favorite Yankees as far back as the 1960’s. He enjoyed travel throughout Europe and would describe in detail a Renaissance painting in the Sistine Chapel, an ancient ruin in England and a great meal in Portugal. And in this digital age he would take great joy in turning to a page in his hard cover Encyclopedia Americana when a place, topic, or historical event was mentioned that peeked his interest. He touched many lives and will be missed by many
.
Jim is survived by his brother Peter of New Hampshire, nephews Peter of Colorado, Alexander of California, niece Gabriela of Vermont, and great nephew Holden also of Vermont.

The family of James Barrego will be planning a memorial service at a later date.
Read Less

Receive notifications about information and event scheduling for James

We encourage you to share your most beloved memories of James here, so that the family and other loved ones can always see it. You can upload cherished photographs, or share your favorite stories, and can even comment on those shared by others.

Posted May 13, 2020 at 09:07pm
I’ve known Jim for twenty years, crossing paths daily in the halls of WPHS. Loved by all, Jim was kind and considerate to both the staff and students. I will miss our conversations about the state of his beloved Yankees and my Tribe. Jim was a true gentle man who will be missed. All my prayers for his family and his close friends.
Comment Share
Share via:
CK 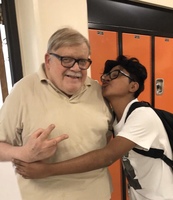 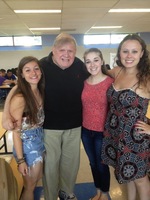