To share your memory on the wall of James Harding, sign in using one of the following options:

Provide comfort for the family by sending flowers or planting a tree in memory of James Harding.

Provide comfort for the family of James Harding with a meaningful gesture of sympathy.

On March 29, 2020, James Matthew Harding, retired Captain of the White Plains Police Department, died after falling ill with pneumonia. He was 83 years old.
James was born on March 19, 1937 in the Bronx, the only child of two Irish immigrants, James and Anne Harding. His parents raised James in the Irish tenements of the South Bronx, where as a young boy he spent many hours playing stick ball in the streets.
After attending high school, he trained to be an electrician and joined the local IBEW, working primarily for the old New York Central Railroad. James did a lot of his work at Grand Central Terminal, where his carved initials are still somewhere above the main ticket office.
In 1966, he saw a newspaper advertisement that the White Plains Police Department was hiring police officers, and he decided to apply. He used his vacation time to travel from the Bronx up to White Plains to take the test and go through the application process. James joined the WPPD as a patrolman that year. Over the next 32 years, James was promoted through the ranks—to Sergeant in 1972, Lieutenant in 1980, and Captain in 1984. In 1998, he retired as Captain of the traffic division. As the Mayor of White Plains proclaimed upon Jim’s retirement, his 32 years on the force were marked by exemplary and energetic leadership. Jim loved being a cop—and he was a great one.
During those years, he performed just about every job that a police officer can—from walking the beat, to being the official police press spokesman, sometimes quoted in the New York Times, to serving as a police detective (and eventual Captain of the detective division), to serving as acting Chief of Police—always with dedication, loyalty, and a healthy sense of humor. In 1985, he was honored as Police Officer of The Year for tracking down and apprehending an armed bank robber. That same year, he was selected to attend the FBI National Academy, an intensive 11-week course for select police commanders, held at the FBI campus in Quantico, Virginia. That summer, while James and his FBI Academy colleagues were being given a tour of the White House, he and a few of his classmates somehow snuck into the oval office and quickly took turns sitting in the president’s chair.
Jim was very humble, and never talked much about himself or his accomplishments. And he never brought his work home with him. When his children were growing up, they didn’t really understand what their dad’s job entailed. But as adults, they began to hear some stories—including how he once entered a very dangerous situation and compassionately talked someone out of taking their own life (and possibly the lives of others, including his), planned and executed many late-night drug sweeps, and even helped catch a black bear that had somehow made its way to Mamaroneck Avenue.
The great love of Jim’s life was his wife, Olinda, who proceeded him in death by only 61 days. James and Olinda met when he was a young patrolman. Olinda would often ride the bus past James as he was directing traffic, and the two would flirt with each other. They had mutual friends, and James told his friend that he wanted to meet “the girl with the beautiful smile”—meaning Olinda. His friend accidentally set him up with Olinda’s friend who sat beside her on the bus. After they got that straightened out, the two met and quickly fell in love. After dating for only three months, they were married on April 27, 1974 at St John the Evangelist Church in White Plains. They were blessed with two children, Christine and Kevin, and four grandsons, Matthew, Robert, James, and Sean.
James was especially proud of his Irish roots. He loved bagpipes and listening to all Irish music, especially The Irish Rovers and any Irish music that involved a fiddle, which his father used to play. In 2005, he was selected to serve as an aide to the Grand Marshall of the White Plains Saint Patrick’s Day Parade. James and Olinda took several trips to Ireland with their children to visit Jim’s extended family. A favorite family photo from one of those trips is one of James and his 3 year-old daughter sharing stories over drinks in a local pub.
James was an avid and lifelong fan of the NY Football Giants, who stuck with the team through thick and thin. When he was in his 20’s, he and his friends would watch the Giants play at Yankee Stadium—sometimes handing the ushers a matchbook upon entry when they couldn’t afford a ticket, and hoping to disappear into the crowd before anyone noticed. Believe it or not, it occasionally worked. He has more than made up for those few “matchbook” games by being a season ticket holder since the original Giants stadium opened in 1976. James and his son Kevin would always watch Giants games together, primarily on television over the last few years. In 2008, James and Kevin attended Super Bowl XLII in Glendale, Arizona together, and watched the Giants beat the Patriots in the most spectacular, come-from-behind Super Bowl finish ever.
James is survived by his two children and their spouses: the Honorable Christine (Harding) Mayle and Andy Mayle of Perrysburg, Ohio; Kevin and Lisa Harding of White Plains; and his grandchildren Matthew, Robert, and Sean Mayle and James Harding.
Given the current pandemic, James’ family will host a private viewing and burial, but plans to have a remembrance mass, memorial, and celebration of life¬—just as he would have wanted, with bagpipes and beer—when things get back to “normal.” Donations in his memory can be sent to the White Plains Police Benevolent Association, PO Box 327, White Plains, NY 10605 or online at www.whiteplainspba.org. Funeral arrangements are being handled by McMahon, Lyon & Hartnett in White Plains.

Receive notifications about information and event scheduling for James

Print
DUE TO THE COVID 19 VIRUS ALL SERVICES ARE PRIVATE AT THIS TIME. PLEASE CHECK PERIODICALLY FOR UPDATES REGARDING A MEMORIAL SERVICE AT A LATER DATE. 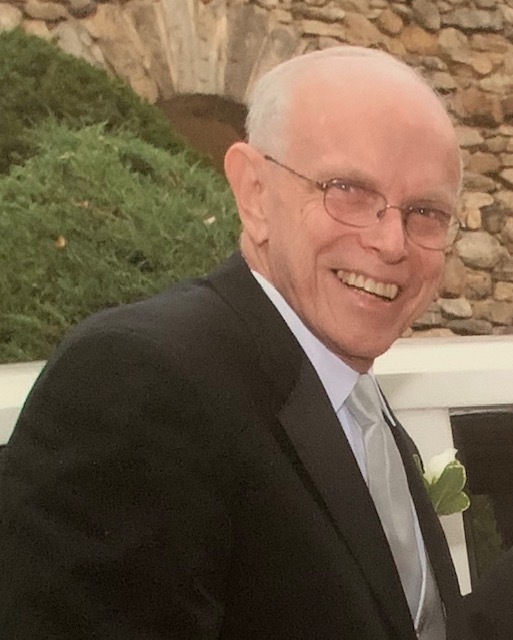 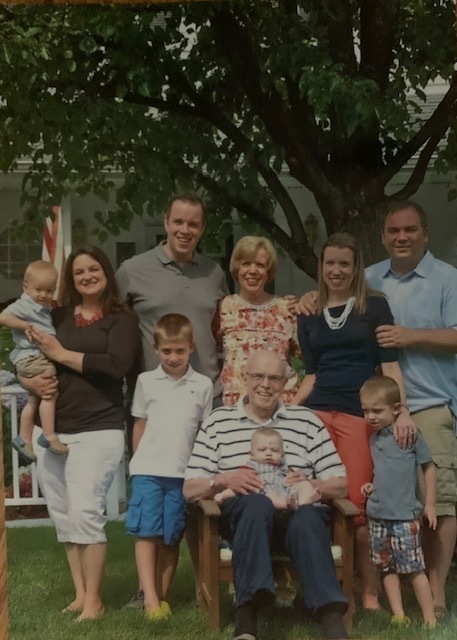 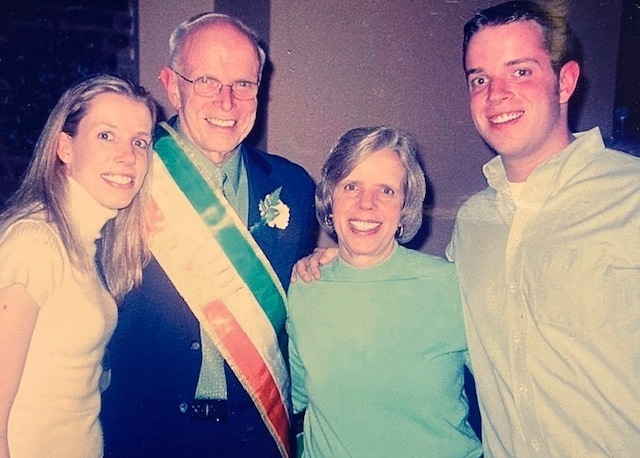 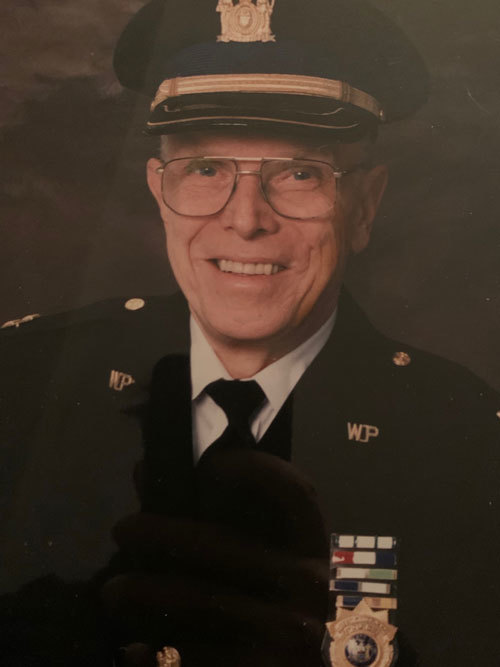 We encourage you to share any memorable photos or stories about James. All tributes placed on and purchased through this memorial website will remain on in perpetuity for generations.

Sorry to hear of Jimmy's passing. What a great down to earth guy. I always enjoyed our conversations....many of which were very entertaining. My sincere condolences to his family.
Comment | Share Posted Apr 02, 2020 at 02:13pm via Condolence
NA

From the members of the New York Police & Fire Retiree Assoc.
James, May You "Rest in Peace"
To the family,
The membership is sorry for your loss. 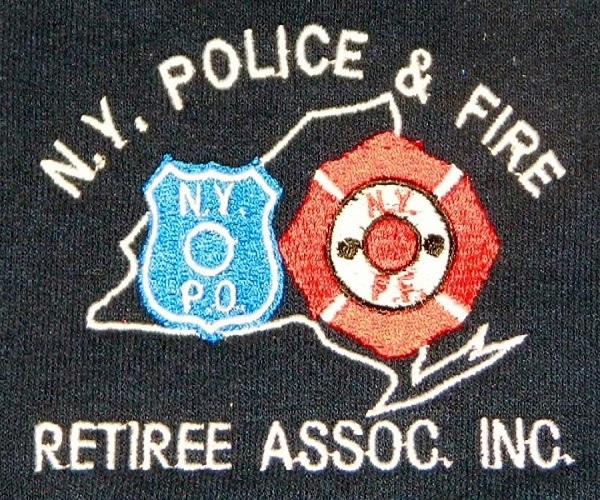 Jim, I had your old shield and tried to do you and it proud. Sometimes that worked and sometimes... But I was proud to wear it. RIP Brother.
Comment | Share Posted Apr 01, 2020 at 09:16am via Condolence
LS

RIP my friend it was my pleasure to have known you and your family for the past forty years and great time for the time spent togheter on holiday and and get together for coffee and desert I'll remember how much you loved those cappuccino at my and your house.
I'll will miss your company and that of your lovely Ulinda as you too used to greet me " my friend " we should meet again.

Our sympathy and prayers go out to you abd family of Mr. Harding.