To share your memory on the wall of Joseph Basile, sign in using one of the following options:

Provide comfort for the family of Joseph Basile with a meaningful gesture of sympathy.

We encourage you to share your most beloved memories of Joseph here, so that the family and other loved ones can always see it. You can upload cherished photographs, or share your favorite stories, and can even comment on those shared by others.

Posted Oct 29, 2019 at 11:41pm
My prayers to the family of joseph he was a great guy. I enjoyed him and our times together. God had taken him too young. Its been 3 years since we spoke i had no idea he passed away. So saddened and sorry. How he passed id like to know.
Comment Share
Share via:
JM

Posted Aug 23, 2019 at 10:42pm
I just found out today about Joseph’s passing. This is very sad and disturbing I love this man very much I know God will love him as well .
Comment Share
Share via:
S

Posted Aug 20, 2019 at 09:46am
My heart grieves in the loss of Joe. I met Joe on set before we were Union status. We became "SAG" brothers not long after as we both joined the union ( at the time it was SAG), within 2 weeks of each other. Joe joined in November 2006 and I joined December 2006. He would always tell me that we weren't working together enough that he wanted to work with me more. But, when we did work together, there was always a hug. We did at least catch up while we were waiting in line every February to get out tax appointments. My heartfelt condolences to family and friends. My life is that much richer to have been in Joe's company. Sending peace, love and healing during this time.
Comment Share
Share via:
JD

Posted Jul 16, 2019 at 07:44am
My condolences to Joes family and friends. We worked together many times and he always made me laugh. He made a long day go by much quicker. Just a few weeks ago I was watching a documentary about Ron Galella ,the photographer, and low and behold there was Joe. Ron was passing by a film set in NYC and stopped to ask what the film was and Joe happened to be the one he asked. He will be missed by many.
Comment Share
Share via:
VP

Posted Jul 15, 2019 at 08:38am
My condolences and prayers goes out to his family and friends. He was a great guy who was very passionate about his acting career. Very nice person and always cool to work with him. May he RIP
Comment Share
Share via: 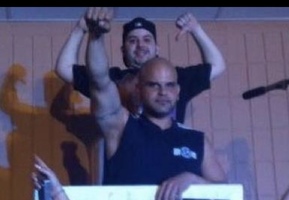