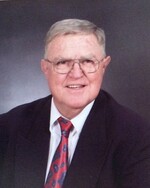 On Sunday, August 23, 2020, Joseph Gerard Clarke Jr., loving husband and father of three children, passed away at the age of 84 on Marco Island, FL.

Joseph was born on July 24th, 1936 in White Plains, NY, to Joseph and Margaret Walsh Clarke. Joseph graduated from White Plains High School in 1955 and enlisted in the U.S. Navy. Upon his honorable discharge from the Navy, Joseph was a Medic in the U.S. Army from 1957-1960 (stationed at Camp Otsu, Japan, during the Korean War), and was again discharged honorably.

On September 24th, 1961, he married Mary Louise Rogan. They raised three children, Joseph III, Marie, and Michael. Joseph had a passion for civic engagement and served as the Commander of the American Legion in White Plains and as the Chief of the White Plains Volunteer Fire Department, just as his father had before him. Joseph was a Police Sergeant in Bronxville, NY from 1961-1982. Upon retirement, he worked for the U.S. Marshall Service from 1983-1985 and afterwards as an Investigator for the Legal Aid Society of Westchester County from 1986-1998. Once retired, he also enjoyed the camaraderie that he found at the YMCA on Marco Island, Florida, while working to improve the facilities and participating in weekly tennis matches for many years. Throughout his life he was known for his hard work, generosity, and love of family.

Joseph was preceded in death by his father, Joseph Sr., his mother, Margaret, his brother, Peter, and his sister Anne Marie. He is survived by his wife Mary, his three children, Joseph III, Marie, and Michael, his sister Bernadette, his brother Vincent, and his beloved grandchildren Owen, Jack and Lily, as well as many cousins, nieces, and nephews.

Visiting hours will be held on Monday, August 31st, 2020 from 9:30am to 11:30am at the McMahon Funeral Home in White Plains with a service to follow at 11:30am. In lieu of flowers, donations may be made to DAV (Disabled American Veterans). https://www.dav.org/