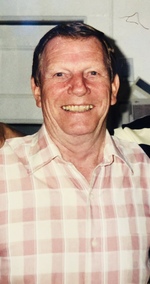 Joseph J. DeLanoy, a lifelong resident of White Plains, passed away September 20, 2020. He was born September 21, 1930 in White Plains to the late Percy and Helen DeLanoy. Joseph served in the United States Navy during Korea and was a member of the American Legion Post 135. On July 20, 1954 Joseph joined the White Plains Fire Department. He was promoted to Lieutenant on May 20, 1985 and retired June 11, 1989. After his retirement Joseph worked for the White Plains Dept. of Recreation.

Visiting hours are Wednesday 4-9pm. A funeral mass will be Thursday 10am at St. John the Evangelist. Interment Mt. Calvary Cemetery.