To share your memory on the wall of Joseph Lattarulo, sign in using one of the following options:

Print
Joseph A. Lattarulo JR. of White Plains, New York, 78, died on August 21, 2020 surrounded by his life partner and 4 children while listening to Chuck Berry's Johnny Be Good.

Joe Bags, as he was known, was born on February 7, 1942 in Ma... Read More
Joseph A. Lattarulo JR. of White Plains, New York, 78, died on August 21, 2020 surrounded by his life partner and 4 children while listening to Chuck Berry's Johnny Be Good.

Joe owned his own company, Joe Bags and Company, for quite some time and after worked for Jalco Paper Company. He ended his career with EJ Paper Company which he retired from in 2016. Thus, his life in the paper industry earned him the monomer, Joe Bags! Joe is a member of the American Legion Post 135 and served in the Army division of the Military. He was that one of a kind guy, the loudest in the room, and an entertainer at heart. To know Joe Bags was to love Joe Bags... Say goodnight Gracie.
Read Less

We encourage you to share your most beloved memories of Joseph here, so that the family and other loved ones can always see it. You can upload cherished photographs, or share your favorite stories, and can even comment on those shared by others.

Posted Sep 09, 2020 at 12:28pm
Joe we are going to miss you here at the print shop. You where definitely one of the best. Loved hearing your stories and talking sports with you. Rest in peace my friend. Alex Ciampi (AMC Blueprints)
Comment Share
Share via:
HS

Flowers were purchased for the family of Joseph Lattarulo. Send Flowers

Love Cooch and Trish purchased the The FTD Pastel Peace Basket and planted a memorial tree for the family of Joseph Lattarulo. Send Flowers

Flowers were purchased for the family of Joseph Lattarulo. Send Flowers 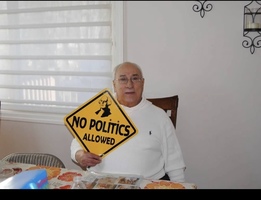