To share your memory on the wall of Joseph Stephen Price, sign in using one of the following options:

Provide comfort for the family of Joseph Stephen Price with a meaningful gesture of sympathy.

We encourage you to share your most beloved memories of Joseph Stephen here, so that the family and other loved ones can always see it. You can upload cherished photographs, or share your favorite stories, and can even comment on those shared by others.

Posted Jan 11, 2020 at 09:26pm
It’s been extremely hard to see people I love, people I have known for years (or decades), and/or people younger than me leaving this earth at this time. I have known Stephen and Camille Price form the age of 12 (1982). As I look back , I must say that he was one of the guys that I never caused a problem with me at all. I am so proud of the impact that Stephen has had on many lives. Today's service was amazing and a such a blessing to see the turnout for Stephen Price. To see only some of the lives that he has touched for decades upon decades was more than amazing. To the Price Family and friends, and extended family (Bronx Baptist, White Plains and USPS), may God give you strength and comfort during this time of healing and continue his legacy. Rest in peace , Joseph Stephen Price.
PS I am still tripping over how I didn't know that Stephen was his middle name for all these years.
Comment Share
Share via:

Posted Jan 11, 2020 at 10:34am
Although I only met Steven once or twice, I’ve shared many memories with his sister Camille and his parents. My family and I have been apart of the Price family’s for many years. Reading the memories posted by Steven’s many friends allows me to feel the love that was shared. “Gone too soon, but of course will never be forgotten!” I see many of his attributes in his sister Camille, who is one of my closest friends. Camille and Mr. & Mrs. Price ... you and in our thoughts and prayers at this time! Know that we are here (in FL) and have your back at all times!💚 In the efforts of being present with you today, we will visit with your parents! It touches out hearts that they are unable attend! Posted Jan 10, 2020 at 11:14am
Steve's passing has been the worst news ever...
Did he go too soon? Most definitely he did.
But Steve lived his life to the fullest..on his terms. And what were his terms?
To Enjoy the life he had..and to Love those he was with...
He made everyone feel that they were his Best friend..truly a rare ability.
The countless hours spent with him, playing video games, hanging out on the Ave or spending Christmas with us...they seem too few..even though they number in the thousands.
Steve... your passing has left a hole in our hearts that can never be filled...nor do we want it filled.
You had a true SuperPower...you Loved us for who we are...all of us..
Our loss is great because in his way Steve was a great man..And none of us will ever have a friend like him ever again...
Rest in Peace my Brother.....sugar, purple, water
Comment Share
Share via:
HS

Flowers were purchased for the family of Joseph Stephen Price. Send Flowers 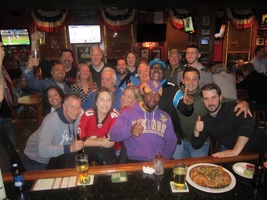 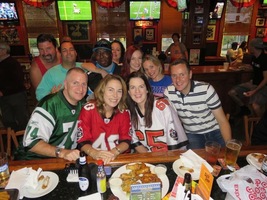 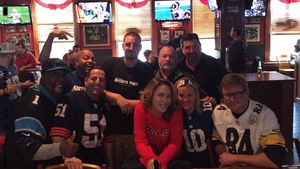 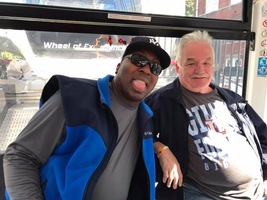