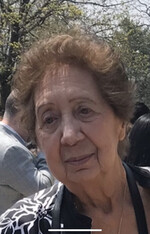 Lenore was lovingly married to her beloved husband Edmund Greco at St. Anthony of Padua Church. He predeceased her in 2009.

Lenore worked in the business office for the New York Telephone Co. for 37 years until retiring in 1990.

She was kind, generous and loving. Lenore always held religion and her family in the first place.

In lieu of flowers, please make donations to the American cancer Association, www.cancer.org