To share your memory on the wall of Martha Cordelli, sign in using one of the following options:

Martha was a wonderful, warm and devoted wife, aunt, sister and friend. Educated at the Sorbonne in Paris, Martha fluently spoke five languages and traveled the world with her devoted husband Anthony. Martha was a foreign language teacher in the prestigious United Nations International School of New York. A lifelong avid reader and active learner, Martha was intelligent, well-educated and cosmopolitan. Family was very important to Martha and she never forgot a birthday and attended every family event. Martha was a devoted aunt to numerous nieces and nephews, each whom she treated as a very special person. Five years ago, Martha was tragically struck down with Guillain Barre Syndrome and had to learn how to talk and move again, which she did. Everyone admired her courage and positive attitude, despite six years in bed. To the very end Martha was fully engaged in current events and was rereading all her favorite books from throughout her years.

We encourage you to share your most beloved memories of Martha here, so that the family and other loved ones can always see it. You can upload cherished photographs, or share your favorite stories, and can even comment on those shared by others.

Posted Nov 01, 2019 at 06:03pm
Marta was my Spanish teacher at UNIS in the early 1970s and taught me, among other things, how to speak with an Uruguayan accent (and, more importantly, to appreciate the Spanish language and Latin American literature). In addition to being my teacher, when she first came to New York and before she married Tony, she shared an apartment with my mother Suzanne's best friend and UN colleague, Odette Ditta. My mother became good friends with Marta and I had the opportunity to know her and Tony outside of the school setting after I graduated and had a family of my own. She was a wonderful teacher and person, always full of enthusiasm, and I have never forgotten her. My deepest condolences to Tony and the rest of your family.

Posted Nov 01, 2019 at 09:53am
Good bye, dear Martha...
Thank you so much for your warm and faithful friendship,  over so many years, that  this moment turns  almost not believable.
Thank you for being such a wonderful  teacher, both in Unis, where we met in 1975, and in life!May you rest in peace and happiness. You are already missed and will allways be in my heart. Cecilia Luvecce Rouvrais, Paris

Dear Tony, please accept my embrace with solidarity  and  the hope for consolation, peace, health  and  joy, that  I extend to  the Cordelli and the La Cava families with love.

Posted Oct 31, 2019 at 07:51pm
My sincere condolences. Madame LaCava, as I knew her in high school during the early 80’s at UNIS, was a warm, engaging and animated teacher who I will never forget. I remember her smile, energy and enthusiasm. She has had a life-long lasting impression on me. All my best to you all in this difficult time. Monica Caveda, UNIS ‘85.
Comment Share
Share via:
MB

Posted Oct 31, 2019 at 06:25pm
Tony, Matt and Michael Cordelli and your entire family. Mary and I want to offer our sincere condolences. Martha was a warm and wonderful person. Very smart and delightful to talk to and her smile was the absolute best. Our thoughts and prayers are with you.

Posted Oct 31, 2019 at 02:55pm
Dear Tony,
My deepest condolences on the loss of Martha. I always remember her warm smile and kindness. You were an amazing couple, my thoughts and prayers are with you.
Andy Genna from Bronx River Road
Comment Share
Share via: 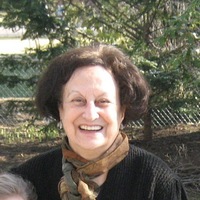