To share your memory on the wall of Maryfaith Fortunate, sign in using one of the following options:

Print
Maryfaith Fortunate traversed into everlasting life on October 9th, 2019, and in just the way she would have wanted – with her children at her side, reminding her of the peace and love that lie ahead.

Maryfaith was 76 years young and ... Read More
Maryfaith Fortunate traversed into everlasting life on October 9th, 2019, and in just the way she would have wanted – with her children at her side, reminding her of the peace and love that lie ahead.

Life wasn’t easy for Maryfaith, but she seemed to prefer it that way, and maybe that’s because she knew that with any struggle comes a certain and unmistakable beauty, perhaps even a kinship with what it means to really and truly live. She entered the world under risky conditions – an emergency delivery by her grandmother in a hallway of the Fieldston Garden Apartments in Riverdale NY during a March, 1943 snowstorm. She survived that, and with it came the gift of her beautiful and distinctive name. She worked hard as a young adult to help support her large family and to negotiate shifting environments, including double-digit moves to various homes and towns in Westchester, and even a longer trek to the Pittsburgh area for a few years. But that only strengthened her resolve and made her more adaptable to life’s changing conditions. When the need arose, she stepped up and took on a career as a ticket agent for TWA, United and American Airlines’ to help support her parents and siblings. And yet that allowed her to travel, which she loved to do, likely for the new experiences it offered her pioneer spirit, including a move to Chicago in her early 20s, a city she loved. Later on, that career helped put food on the table when Lou, the love of her life, was making his mark on the world of church music and while they were building a family. After having children, Maryfaith conceived and established what was believed at the time to be the first Montessori school for homeless children in the country, fighting the good fight at City Hall and toiling over grant applications to shield those most vulnerable from the crossfire of politics and red tape. It gave the children a safe haven from a homeless hotel, a healthy meal to nourish their bodies, and a head start to their education, all in an effort to break the chain of poverty to which they were tethered, an existence she knew they didn’t ask for, nor deserve. She went on to leverage that experience as Director of Grace Church Daycare and the Montessori Center at Burke for many years. She was also part of the early days at the Sharing Community and Grayston Family Inn in Yonkers, and SHORE of White Plains, among other social service and volunteer work, and she had a passion for serving the underserved. Some of this work was recognized officially when the County Executive declared June 28, 1989 to be Maryfaith Fortunate Day in Westchester County.

Maryfaith had a certain light inside her that attracted people to her, especially babies, with whom she shared a special bond. When you were with Maryfaith, you knew you were in the company of someone special. She was a “cheerful giver”, and she made others want to be better. She was an open book, gave unconditionally, and forgave powerfully. She was infinitely beautiful. And she was loved purely by so many. She will be deeply missed, but she will live on in our hearts and minds and souls forever.

Maryfaith is survived by two brothers, Fr. Robert Phelps (OFM Cap.) of Beacon, NY and Michael Phelps of San Diego, CA, as well as her 5 children and their spouses and significant others: Bob, Diane & Amado, Terry & Jen, Tony & Jaime, and Carrie & Don, and 8 grandchildren: Marco, Frankie, Kayla, Jason, Ashleigh, Sean, Ryan and Jack, and one great-grandchild, Annabella, as well as an extended group of cousins, in-laws, and their extended families who loved her.
Read Less

Receive notifications about information and event scheduling for Maryfaith

You will receive any future notification messages.
Print

We encourage you to share your most beloved memories of Maryfaith here, so that the family and other loved ones can always see it. You can upload cherished photographs, or share your favorite stories, and can even comment on those shared by others.

Posted Oct 14, 2019 at 09:21am
Terry, we are thinking of you during this difficult time. Our deepest condolences to you and the Fortunate family.

Flowers were purchased for the family of Maryfaith Fortunate. Send Flowers

Posted Oct 12, 2019 at 01:32pm
Maryfaith was one of the first people I met in White Plains and was always a joy to be around. We occasionally had lunch while she worked at Grace Church and after we both left, we'd have a drink at Dunne's. More than once I ran into her on the MTA.

She was a lovely, lively, caring and wondrous person.

Posted Oct 11, 2019 at 08:22am
Our deepest condolences And prayers to your family. Mom has touched so many hearts , She will be truly missed. Love always, Tina ,Todd, Joan, AnnMarie

Flowers were purchased for the family of Maryfaith Fortunate. Send Flowers

Posted Oct 10, 2019 at 07:12pm
My heartfelt deepest sympathies for the whole Fortunate family. Mrs. Fortunate was a special lady and I would call her Mom as she was like a mom to all her kids friends. May she now find peace in the palm of God 's hand. Love you all
Mike Denning
Comment Share
Share via:
JM

Posted Oct 10, 2019 at 06:50pm
We hope the pain of your loss soon subsides to the beauty of Maryfaith's memory. Sending love at this sad time and wishing we were there. 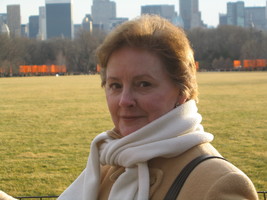 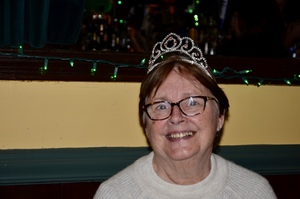