To share your memory on the wall of Mollie Moricone, sign in using one of the following options:

Provide comfort for the family by sending flowers or planting a tree in memory of Mollie Moricone.

Provide comfort for the family of Mollie Moricone with a meaningful gesture of sympathy.

Receive notifications about information and event scheduling for Mollie 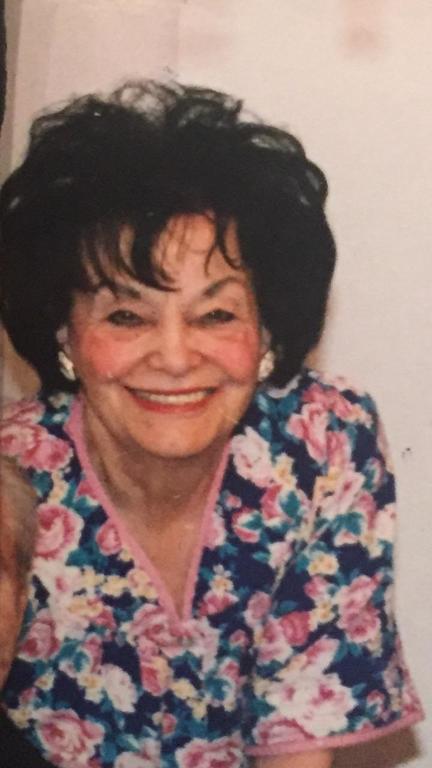 We encourage you to share any memorable photos or stories about Mollie. All tributes placed on and purchased through this memorial website will remain on in perpetuity for generations.

Mom,
Always in my heart, even though you are far away. I love you, I love you and I know God holds you in HIS arms above the heavens, and I am filled with joy. Oh how I miss you my beautiful mom. Your voice echoes in the silence of my heart where you live forever.
Love your daughter
Barbarella
Comment | Share Posted Nov 24, 2020 at 11:32am via Condolence
DH

Remembering you and "Mollie Moricone" in our minds and in our hearts.

To my dearest mother for a life well lived. Your caring, generosity, and love of life and others will never be forgotten. You will be forever missed, but never forgotten. Love always your son, Larry and Nina.
Comment | Share Posted Nov 23, 2020 at 04:36pm via Condolence

You were a kind and gentle soul. Always imparting a kind word and never failing to say thanks at the end of your doctor's visits. May your smile be even brighter with the angels. Deepest condolences to the Moricone family.
Navette
Comment | Share Posted Nov 21, 2020 at 01:28pm via Condolence
LM

My dearest Aunt Mollie. My Godmother. You hold a special place in my heart. You are a beautiful Aunt. I will never forget you. You were kind and gentle. May you find peace and happiness in God’s home. I pray for strength for my Uncle. I pray for his sons and daughter as well as the rest of our family to give us understanding during this trying time. With all my love and support- John, Susie, John Jr., and Brianna Imundo.
God Bless ~
Comment | Share Posted Nov 18, 2020 at 09:01pm via Condolence
B

Love you John and Susie and kids - Blessings and gratitude yours with love 'Barbarella'
Posted Nov 24, 2020 at 09:37pm