To share your memory on the wall of Nicoletta Naclerio, sign in using one of the following options:

Provide comfort for the family by sending flowers or planting a tree in memory of Nicoletta Naclerio.

Provide comfort for the family of Nicoletta Naclerio with a meaningful gesture of sympathy.

Known to all as Nicki, she was quick to make friends who she remained close to her entire life. Nicki loved the theatre and was a regular at the Metropolitan Opera and the New York City Ballet. She also enjoyed traveling, acting as a guide and interpreter for her family. Family was the focus of Nicki’s life and she especially looked forward to holiday traditions and preparing wonderful meals for all to enjoy.

The visitation will be held at McMahon, Lyon & Hartnett Funeral Home on Thursday November 19, 2020 from 3pm-5pm and 7pm-9pm.
Donations in Nicoletta’s honor can be made to the Food Bank of New York City. 39 Broadway, 10th Fl. New York, NY 10006. Foodbanknyc.org

Receive notifications about information and event scheduling for Nicoletta 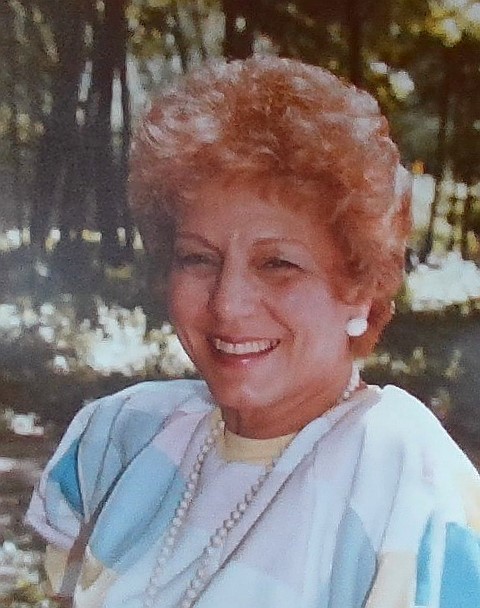 We encourage you to share any memorable photos or stories about Nicoletta. All tributes placed on and purchased through this memorial website will remain on in perpetuity for generations.

Dear Al, Sue & the Naclerio Family,
Dolores and I would like to express our sincere condolences on the passing of your dear Mother, Nicoletta Naclerio. We are so very sorry for your loss. We can only imagine your grief at this very difficult time. Experiencing the loss of a family member at any age is always full of anguish and challenge. Please be assured of our continued prayers and we will certainly keep your Mom, you and your family in our daily intentions. In reading your Mom's obituary, it is obvious that she was a very special lady and was blessed with a rich life, full of wonderful experiences and family. You clearly exhibit her very best qualities and it is now evident that you represent the very best of your Mom and your Dad. God has blessed us with your friendship. As you encounter the next few days and those days beyond, we pray that you will be comforted by the likely many lessons shared and memories experienced by your Mom and the graces that she bestowed upon you and your family. Take heart that God has accepted her welcomingly into Heaven and she has been reunited with her loving Husband for all of eternity. Know we are here for you in every way. God bless.
Love always,
Nick & Dolores Satriano
Comment | Share Posted Nov 18, 2020 at 07:35pm via Condolence
HS

Dear Naclerio Family, We are thinking of you and sending lots of love and comfort during this sad time. We love you! Love, The Ursuline Girls

Flowers were purchased for the family of Nicoletta Naclerio.
Order Now | Show All
Comment | Share Posted Nov 17, 2020 at 08:25pm via Floral Arrangements