To share your memory on the wall of Olinda Harding, sign in using one of the following options:

On January 28, 2020, Olinda Augusta (Correia) Harding, age 77, died in her White Plains home, peacefully in her sleep while surrounded by her adoring family, after a decades-long battle with breast cancer.

Olinda was born on September 15, 1942 in Mós, a small village in northern Portugal, to her loving parents, Antonio Joaquim Correia and Adelia de Jesus Correia, and older brother, Luis Joaquim. When she was a girl, Olinda and her family moved to the city of Porto, Portugal, where her mother washed laundry at a local seminary and her father worked in a metalworking factory. As a young teenager, Olinda worked during the day at a store selling rain coats and then went to school at night. As she walked Porto’s cobblestone streets, she dreamt of coming to America and often stopped to pray in the Church of Carmo for the Lord’s help in getting here.

At that time, Portugal was under the authoritarian rule of Salazar, and it was difficult to obtain a visa to leave the country. Even so, Olinda was determined. Although she loved Portugal and her family very much, she knew that she would have more opportunities in America—and, most importantly, a way to provide for her family back home. Eventually, with the assistance of her parish priest who lobbied the government on her behalf, she obtained a coveted visa.

In 1961, at the age of 19, Olinda moved to Eastbourne, England. There, she worked in a boarding school and then as a housekeeper in the Grand Hotel. After five years in England—during which time she became fluent in English—she was ready for America. In 1966, she joined the family of Wellington and Ann Mara, owners of the New York Football Giants, as a live-in nanny for their (at the time) nine children in their White Plains home. She adored the Maras, and credits their love and encouragement as why she stayed in the U.S. rather than succumbing to her homesickness. In her late 20’s, she got a job with the New York Telephone Company (now Verizon), and worked her way up to a management position in the payroll department. After retiring from the telephone company with 30 years of service, she became a nanny once again—taking care of Diana and Jeremy Costin, the children of Dr. Daniel and Sandra Costin, whom she loved as her own—before settling into full-time retirement.
The great love of Olinda’s life was James Harding, her “sweetheart,” whom she met while he was a patrolman with the White Plains Police Department and she was working for the phone company. Olinda would ride the bus to work, and would often drive by James as he was directing traffic. The two would flirt with each other through the bus window, and eventually met through mutual friends. They dated for only three months, and were married on April 27, 1974 at St. John the Evangelist Church in White Plains. Together they have one daughter, Christine, and a son, Kevin, who were blessed to be Olinda’s primary caregivers as she gracefully and courageously battled her illness during the final weeks of her life. Olinda was a loving and caring VoVo (Portuguese for grandma) to her four grandchildren, Matthew, Robert, James, and Sean.

Olinda attended Catholic mass on a near-daily basis. She was especially close with Mary, who interceded on her behalf when she was very sick as a child. Whenever she traveled to Portugal, Olinda would visit the shine of Fatima—often carrying the intentions of friends and family back home—and she always kept a candle burning before a small statue of Our Lady of Fatima in her home. But it was a flameless candle, because Olinda loved safety almost as much as she loved Our Lady.

Olinda is survived by her husband of 45 years, James; her two children and their spouses: the Honorable Christine (Harding) Mayle and Andy Mayle of Perrysburg, Ohio, and Kevin and Lisa (Fiore) Harding of White Plains; her grandchildren Matthew, Robert, and Sean Mayle and James Harding; and her brother Luis and nieces Paula, Cristina, and Monica of Porto, Portugal.

Olinda’s family will be present on Tuesday, February 4, from 4:00-8:00pm at McMahon, Lyon & Hartnett Funeral Home, 491 Mamaroneck Avenue, White Plains. A Mass of Christian Burial will be said on Wednesday, February 5 at 10:00am at Our Lady of Sorrows Church, 920 Mamaroneck Avenue, White Plains, followed by a procession to Gates of Heaven Cemetery, 10 West Stevens Avenue, Hawthorne.
Read Less

We encourage you to share your most beloved memories of Olinda here, so that the family and other loved ones can always see it. You can upload cherished photographs, or share your favorite stories, and can even comment on those shared by others.

With Much love from the Dinis/ Garcia Families

Posted Feb 04, 2020 at 09:28am
Dearest Linda, We have many treasured memories that will keep you alive in our thoughts forever. You will be missed but never forgotten

With Much love from the Dinis/ Garcia Families purchased the The FTD Treasured Tribute Wreath and planted a memorial tree for the family of Olinda Harding.

Maura and Rob Sprague purchased flowers for the family of Olinda Harding.

Brian Ruggiero and Molly Smith purchased flowers for the family of Olinda Harding.

Flowers were purchased and a memorial tree planted for the family of Olinda Harding.

Posted Feb 02, 2020 at 02:44pm
We are so sorry for your loss. We send you our love and prayers during this very difficult time. 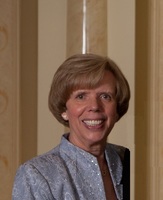 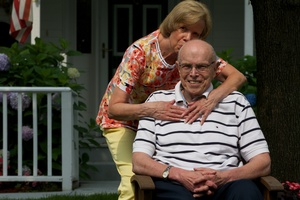