To share your memory on the wall of Richard Douglass, sign in using one of the following options:

Provide comfort for the family of Richard Douglass with a meaningful gesture of sympathy.

Richard met his wife at the Purchase Community House in Purchase NY in 1963 when they were just 15 years old. After graduating White Plains HS in 1967 he served his country by joining the United States Navy and spent two years on the USS Essex, CV-9. Upon returning home from the military he married Helene and started his family.

Richard continued to serve his community and city by joining the White Plains Police department in 1969 as patrolman and retired as Detective Narcotics and was ‘20NOUT’ by June of 1989.

Richard was a devoted family man who loved being retired and having the time to spend with family. Some of his favorite things were family vacations, taking his 3 yr old granddaughter to dunkin' donuts for munchkins, spending time with all of his grandchildren, hunting in his younger days and a round of golf with Helene every now and then to name a few. He will be deeply missed by his family, friends and all who knew him.
Read Less

We encourage you to share your most beloved memories of Richard here, so that the family and other loved ones can always see it. You can upload cherished photographs, or share your favorite stories, and can even comment on those shared by others.

Posted Jul 15, 2019 at 04:01pm
RIP Richard...lots of wonderful memories beginning at the Purchase Community House !! What a blessing it was for a great group of teenagers... never thought it would last all these years !!
I’m wondering if GOD called you to heaven so you wouldn’t have to listen to Helene and me during our annual (Naples, Fl.) get together ??? Poor guy never got a word in “edgewise “ ! What a good sport you always were....😇. You will be missed my sweet friend.
Faith Posted Jul 15, 2019 at 11:58am
Wishing well of you and your family at this time of loss. May your souls find peace and comfort. Love, the Finnegans

Jamie and Keith purchased flowers for the family of Richard Douglass. Send Flowers

Flowers were purchased for the family of Richard Douglass. Send Flowers 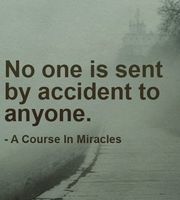 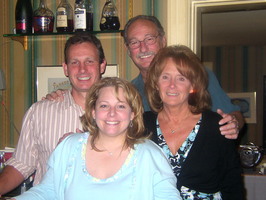 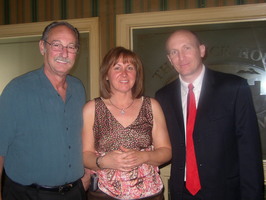