To share your memory on the wall of Silas Crockett, sign in using one of the following options:

Silas Crockett was an amazing individual who was loved by everyone he met. He will truly be missed.

Receive notifications about information and event scheduling for Silas

We encourage you to share your most beloved memories of Silas here, so that the family and other loved ones can always see it. You can upload cherished photographs, or share your favorite stories, and can even comment on those shared by others.

Posted May 10, 2020 at 09:49am
Tiny the love of my life. There are so many memories more than can be written. You are a great husband,father,grandfather, brother, uncle, cousin and friend. Loved always and missed dearly, until we meet again
Comment Share
Share via:
CC

Posted May 09, 2020 at 10:55am
Tine, YOU ARE THE BEST BIG BROTHER!! A heart like no other. Loved by everyone you crossed paths with. Your family is everything to you and you are everything to us. I miss and love you so much. Love, your baby sister ❤❤❤
Comment Share
Share via:
L

Posted May 09, 2020 at 08:52am
Dear Marilyn, This tree will be symbol of Tiny. It will help people by providing shade and it will last a lifetime like the love you two share.

Tiny your smile will never be forgotten. 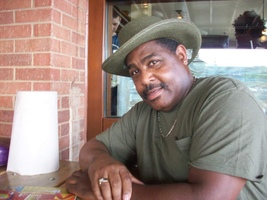