To share your memory on the wall of Sr. Marie Murphy, sign in using one of the following options:

Provide comfort for the family by sending flowers or planting a tree in memory of Sr. Marie Murphy.

Provide comfort for the family of Sr. Marie Murphy with a meaningful gesture of sympathy.

Sister Laura Donovan, President of the Sisters of the Divine Compassion said, “Having borne the transition from independence to dependence with grace and acceptance, Sr. Marie was a true example for all. She was a gracious woman, and often used her Irish wit to brighten the spirits of all she came in contact with.”
Sister is survived by her Sisters of the Divine Compassion, her cousins Tom and Joan McCann and family and PJ Conway and family. Also surviving are cousins living in Ireland, Ann Murphy, Eleanor O’Keeffee, Marian Walshe, Kathleen and Owen Donaghy and family.
Interment will be at Mt. Calvary Cemetery, White Plains, NY. Arrangements will be handled by McMahon, Lyon & Hartnett Funeral Home.
A memorial service will be held at a later date.

Receive notifications about information and event scheduling for Sr. Marie 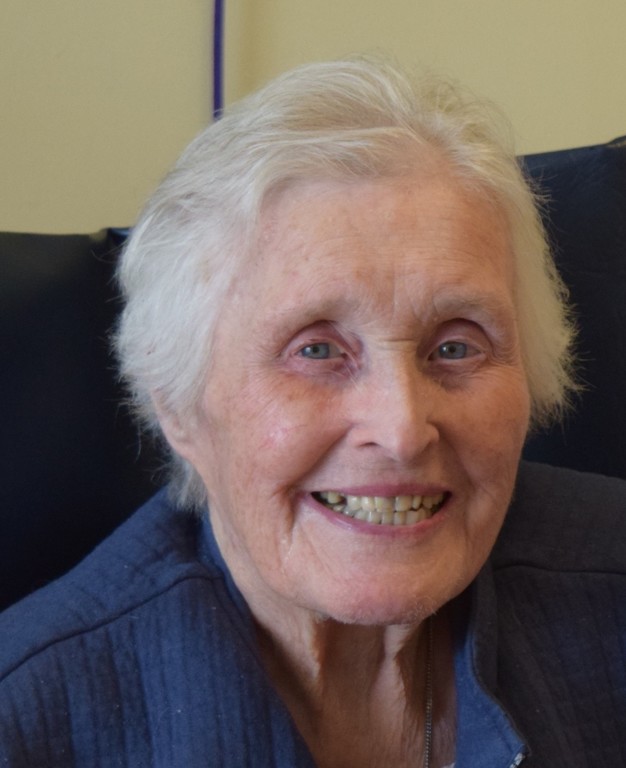 We encourage you to share any memorable photos or stories about Sr. Marie. All tributes placed on and purchased through this memorial website will remain on in perpetuity for generations.

Thank you for your guidance and moral direction.

My sincere sympathy on the loss of dear Sr Marie. I had the pleasure of working with this wonderful woman at Kennedy Catholic HS. Rest In Peace, Barb

I had the pleasure of getting to know Sr. Marie when my mom was a resident of Cabrini. She was a lovely, kind, gentle woman. She was a good friend of my mom's table mate Sr Jean Noonan. Both of them are a great loss and will be missed by all who knew them.
Marilyn Cowan, daughter of Beatrice Moynihan
Comment | Share Posted Apr 17, 2020 at 10:50am via Condolence