To share your memory on the wall of TC Gallagher, sign in using one of the following options:

Provide comfort for the family by sending flowers or planting a tree in memory of TC Gallagher.

Provide comfort for the family of TC Gallagher with a meaningful gesture of sympathy.

TC was born in Queens, NY on July 5, 1940, to Gabrielle and James Helion. Her father’s job in sales brought the family to many locations throughout her childhood, including Florida, Kentucky, New Jersey, and Long Island, before finally settling in Yorktown Heights, NY, where she graduated from Yorktown High School in 1958.

TC graduated from St. Anne’s Hospital School of Nursing in Fall River, MA in 1961 and began her fifty-one year career as a Registered Nurse. Her first position was as an operating room nurse at White Plains Hospital. She eventually transitioned to the Westchester Artificial Kidney Center in 1975 where she remained until her retirement in 2012. During her tenure at WAKC she was not only known by her patients and colleagues as a skilled caregiver but also as a person of compassion who rendered care with respect and dignity for each individual.

TC married her beloved husband, Daniel F. Gallagher, in October 1963, and they were married for forty-eight years until his death in January 2012. She is survived by their children, Susanne and her partner, Tim McAuliffe, Michael and his wife, Shannon, and Jim and his wife, Debbie. She was the proud and loving grandmother of Flannery, Michael, and Gabrielle.

In addition to her husband, TC was predeceased, in 1996, by her grandson, Daniel, for whom she had great love and compassion.

TC was a loving wife, mother, and grandmother, and a true friend to many. She will be greatly missed by all who knew and loved her.

A mass of Christian burial will be celebrated at Our Lady of Sorrows Church in White Plains at 10:00 a.m. on August 27, 2020. Due to COVID-19 restrictions internment will be private.

In lieu of flowers, donations may be made in TC’s name to Elizabeth Seton Children’s Hospital, 300 Corporate Blvd S., Yonkers, NY 10701.

Receive notifications about information and event scheduling for TC 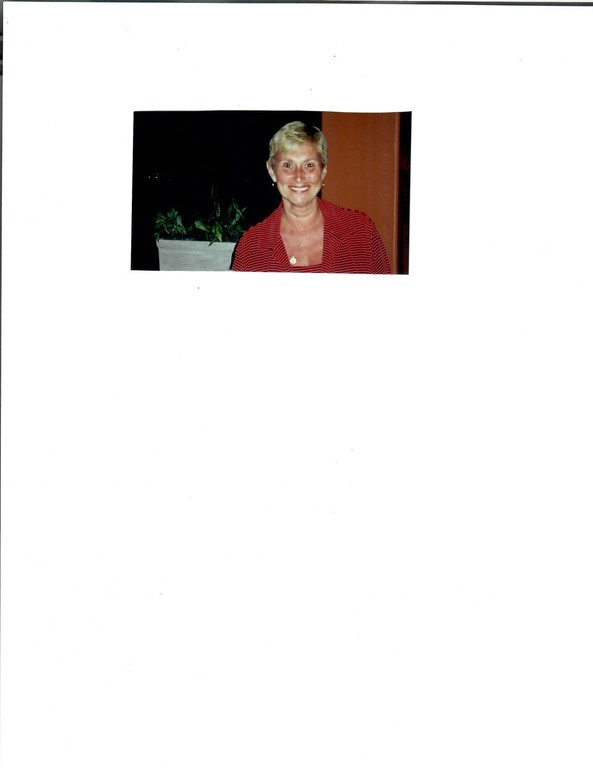 We encourage you to share any memorable photos or stories about TC. All tributes placed on and purchased through this memorial website will remain on in perpetuity for generations.

With much love, The Crinieris

God Bless TC - a woman so full of life and love. Our hearts are full of beautiful memories of her. Our deepest sympathies for your entire family.

With much love, The Crinieris purchased flowers for the family of TC Gallagher.
Order Now | Show All
Comment | Share Posted Aug 26, 2020 at 08:18am via Floral Arrangements
TP

The families of Chris, Larry and Steve Pugliese

We love and miss you already!

The families of Chris, Larry and Steve Pugliese purchased flowers for the family of TC Gallagher.
Order Now | Show All
Comment | Share Posted Aug 26, 2020 at 06:04am via Floral Arrangements
JP

TC, you will always have a special place in my heart. You (and Suzanne) were with us when we had to say good-bye to Mom (Mary O'Shea Sheehy). We are forever grateful to you for being such a genuine friend. Between you, Mary, Jack and Dan what stories there are, wish we knew half of them! May God hold you in the palm of his hands and may you all rest in peace together in eternal friendship. We all love you and will miss you with heavy hearts forever. Joanne Sheehy Peck.
Comment | Share Posted Aug 25, 2020 at 06:36pm via Condolence
CC

we miss you and love you

T.C. & I were in nursing school together@ St. Anne’s School of Nursing in Fall River, Ma. We had some great times & made some wonderful memories.My family all loved her like she was a second “daughter”! She came to visit me several times in recent years so we could reminisce & catch up on all our latest news with family etc. She will always have a special place in my heart. Sincerely, Diane Cote Sunderland
Comment | Share Posted Aug 25, 2020 at 12:48pm via Condolence