To share your memory on the wall of Victor Errico, sign in using one of the following options:

Provide comfort for the family of Victor Errico with a meaningful gesture of sympathy.

Vic attended Woodlands High School where he met—and eventually—married the love of his life, Helen (Sforza). After begging her father’s permission to date her, he proposed marriage to her after the third date. She, of course, said he was crazy, but he was relentless. After 5 years of dating, Helen made him give up his Harley Davidson in exchange for marriage. He agreed and never once regretted his decision.

Vic was a self-employed entrepreneur as founder and CEO of Errico Landscaping. Through his work, he showed his children the meaning of gritty hard work and perseverance. Vic eventually shifted most of leadership duties to his sons, Vic Jr. and Michael, although his work ethic never pushed him far away. Until the last week of his life, he could be found visiting client sites, dropping off lunch to his crew, or sitting on a mower.
Vic enjoyed spending time with his wife and grandchildren, collecting gold coins, and cleaning and driving is classic 1979 Chevrolet Corvette. He had a soft spot for helping those in need, often donating gifts to the Catholic Church or to children in need. He will be missed dearly and remembered with smiles, and laughter.

He was predeceased in death by his parents Emmanuel and Nancy; sisters Jean, Jenny, Ray, Emily; and brothers Jerry and Emmanuel.

Funeral Mass will be offered on November 8, 2019 at 10 a.m. at Sacred Heart Church in Hartsdale, NY. Interment will follow at Gate Of Heaven Cemetery in Hawthorne, NY.

In lieu of flowers the family requests donations be made in Vic’s name to the COPD Foundation at https://www.copdfoundation.org/
Read Less

Donations are being accepted for: COPD FOUNDATION INC.

We encourage you to share your most beloved memories of Victor here, so that the family and other loved ones can always see it. You can upload cherished photographs, or share your favorite stories, and can even comment on those shared by others.

The Moffetts and The Bollingers

Posted Nov 07, 2019 at 06:37pm
We are so sorry to hear about Vics passing. We know this is a very difficult time for all. You have our deepest sympathy. Much Love sent your way.

The Moffetts and The Bollingers purchased flowers for the family of Victor Errico. Send Flowers

Posted Nov 07, 2019 at 07:26am
Dear Helen and Family, Please accept our most heartfelt sympathies for your loss. Our thoughts are with you and your family during this difficult time

Posted Nov 06, 2019 at 07:05pm
Wishing you feelings of comfort, moments of peace, and memories that bring joy during this extremely difficult time. Our deepest condolences.

Posted Nov 06, 2019 at 06:18pm
Please accept our most heartfelt sympathies for your lossour thoughts are with you and your family during this difficult time.

Flowers were purchased for the family of Victor Errico. Send Flowers 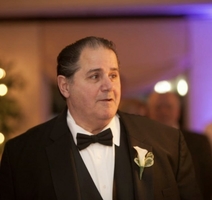