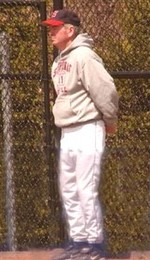 William J. “Billy” Cook, 74, of White Plains, New York passed away on June 25, 2020. He was born on June 25, 1946 in Queens, New York to Mary V. (nee Cleary) and John J. Cook. William married Coleen Malloy on July 8, 1978 in South Orange, New Jersey.
Billy was well-known throughout White Plains as an athlete and a business owner. He attended Archbishop Stepinac High School where he was a pitcher on the baseball team and was on the last Stepinac baseball team to win the New York City Championship in 1962. After high school, Billy played for Seton Hall University and the Colonial League, the New York metropolitan area’s premier amateur baseball league, where in 1965 his combined college and Colonial League record was 21 – 1. He was also an avid golfer and was the back to back men’s club champion at the Westchester Hills Golf Club in White Plains in 1980 and 1981. From 2005 to 2014, Bill was the pitching coach at his alma mater, Archbishop Stepinac High School, under head coach Pat Duffy. After serving in the US Army from 1970 to 1972, he worked in the bar and restaurant business in White Plains for 40 years. From 1978 to 1994, Billy was the owner of Cook’s Tavern, he then worked as a nighttime bartender at Oliver’s Restaurant from 1995 to 2002, and then he started a lawn care business that operated until 2012.
William is survived by his wife, Coleen, of Beacon, NY, and their three daughters: Catherine C. Cook of White Plains, NY, Kerry M. Stamp of Beacon, NY, and Erin P. Cook of New York, NY; and three brothers: John J. (Joette) Cook of Dover, MA, Lawrence P. (Suzanne) Cook of New Milford, CT, and Robert W. Cook of Raleigh, NC. He is predeceased by his parents and his sister, Kathleen E. Foye.