To share your memory on the wall of William Ng, sign in using one of the following options:

For more than thirty years William worked for Dial Car Service in Brooklyn, NY. He retired in 2001.

William gave sincerely and unconditionally. All who knew him, knew him as a good man, remembering his good nature, sincerity, and love with which he showed his family, who meant the world to him.

During his years with the car service, William worked hard and long hours to support his family, without complaint, always putting his wife, Suet, and their children first. William loved his wife; she gave him strength and direction, without which he wouldn’t have become the man he was.

William gave his family a home, love, and support, and his children felt his unconditional love everyday. William shared a special relationship with his daughters, who never doubted whether he would be at their side – with full support and without judgement – when they needed him the most. He was a father, a confidant, and a friend. He gave them strength, imbued in them a sense of responsibility, and taught them honesty.

When William’s children were grown with their own families, his grandchildren became everything to him.
Nothing brought him greater joy than being with his grandchildren, who loved him in return and often spent time with him, sharing meals, stories, and laughs. William had a great sense of humor, always ready to enjoy a joke with a wide smile lighting up his face and bright laugh encouraging others to do the same. He accepted and supported his grandchildren for who they were, each with their own interests and goals, and was always eager to hear of their accomplishments and pursuits as they grew into passioned young adults. Though they will continue to grow beyond his passing, they know without doubt that their grandfather’s love, support, and enthusiasm for them persists, fueling a confidence to aspire to any endeavor.
Read Less

Receive notifications about information and event scheduling for William

We encourage you to share your most beloved memories of William here, so that the family and other loved ones can always see it. You can upload cherished photographs, or share your favorite stories, and can even comment on those shared by others.

Flowers were purchased for the family of William Ng. Send Flowers 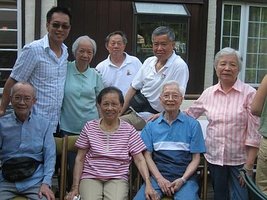 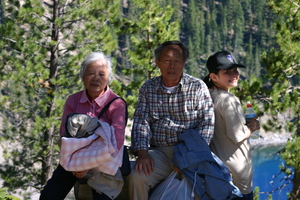 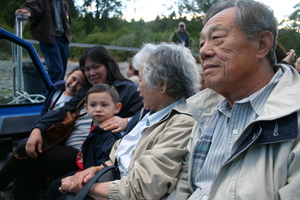